In 1816, William Rector was appointed Surveyor General of the Illinois, Missouri, and Arkansas.

William relocated to St. Louis after the Illinois work was essentially completed. Brothers Elias, Wharton, Nelson, Thomas, and Stephen also relocated to Missouri. The Fifth Principal Meridian was in place, and surveys began. Problems arose in Missouri because of the prior land ownership claims of French settlers in these Louisiana Purchase lands. A second problem was the massive earthquake of 1812 at New Madrid, Missouri; new lands were set aside for those settlers whose land had become unusable.

In 1818, the Bank of the United States changed monetary policy. They demanded payment of all outstanding land notes and refused to issue new loans. Congress demanded cash sales on all lands sold. Many persons who had purchased land on credit could not pay. Notes submitted by state and local banks, normally cashed by the U.S. bank, were refused. The entire banking system ground to a halt. President Monroe re-appointed William as Principal Surveyor General in 1819.

Apparently, Rector was not advised of the need to slow the surveying program. From 1816-1823, he presided over the largest surveying organization ever put together under one man, using it to survey most of Illinois, Missouri, and Arkansas during his short tenure. In Missouri alone, William issued 98 surveying contracts, 19 to family relatives. In 1821, he proposed to survey 559 Townships at a cost of $120,000. By the time the General Land Office Commissioner became aware of the program, it was too far along to stop. From 1818-1822, Rector oversaw the survey of more than 98,000-line miles. Three other Land Office Districts combined had surveyed only 123,000-line miles during the same period. In 1822.

Missouri Senator David Barton, who chaired the Senate Committee of Public Lands and whose family were political rivals of the Rectors, brought charges against William for hiring so many relatives and personal friends. He also charged William with not managing the contracts closely. It was a lucrative system, and no rules prevented it.

While William was still in Washington, D.C. defending himself, St. Louis newspapers began printing slanderous articles about the Rector dynasty. William‚Äôs brother Thomas determined that Senator Barton‚Äôs brother was the source for the articles. Thomas challenged him to a duel on Bloody Island in the Mississippi River off St. Louis and killed him. The St. Louis population was horrified. In early 1824, President Monroe revoked William Rector‚Äôs position.

The states of Illinois, Missouri, and Arkansas comprise nearly 120 million acres. The Dynasty surveyors probably oversaw the surveys of as many as 30 million. The sheer manpower brought to the task of surveying these millions of acres was daunting. Its members helped to complete this task, but anti-nepotism rules were later imposed on the Surveyors General as the land survey system matured. The Dynasty phenomenon was not likely to be duplicated in any case. 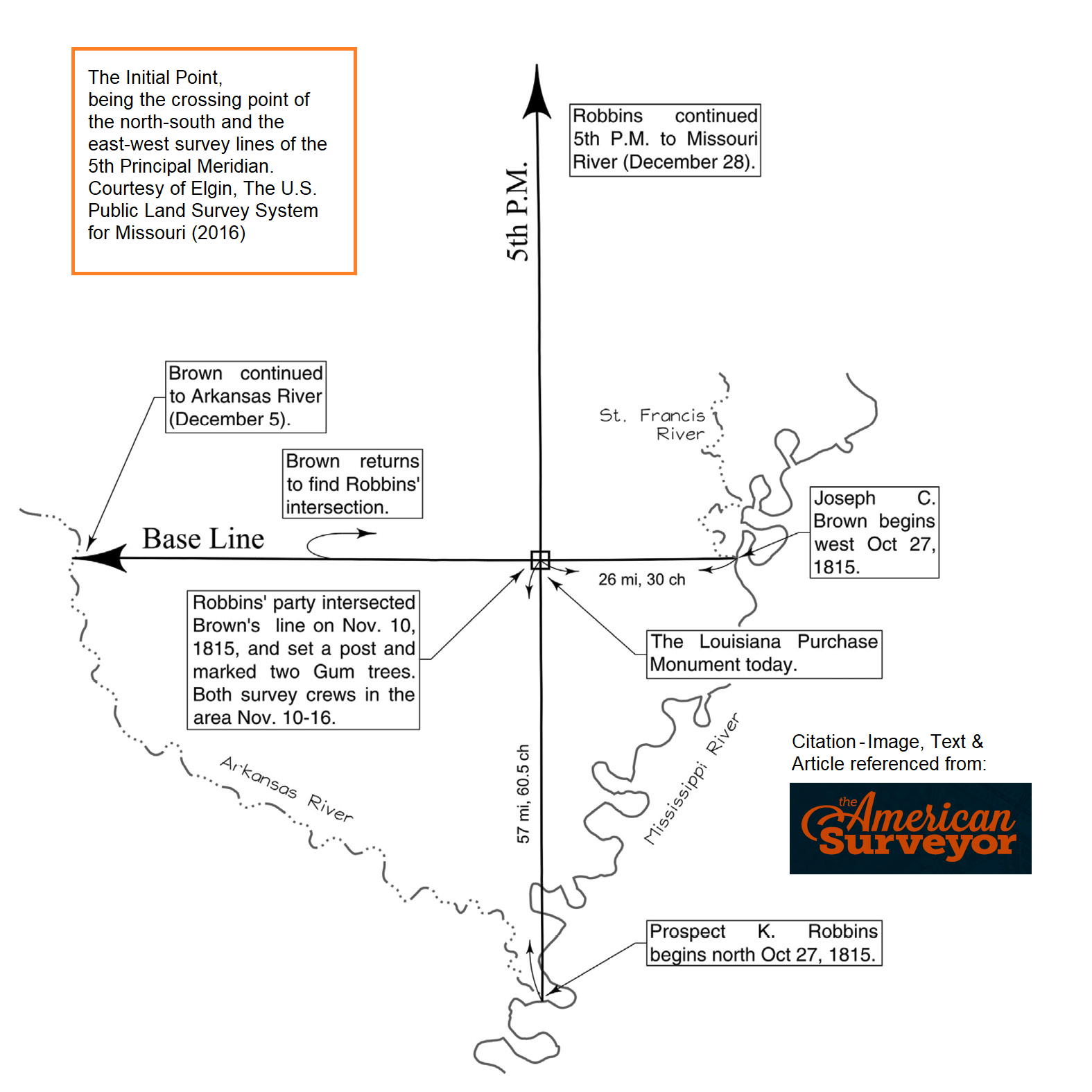